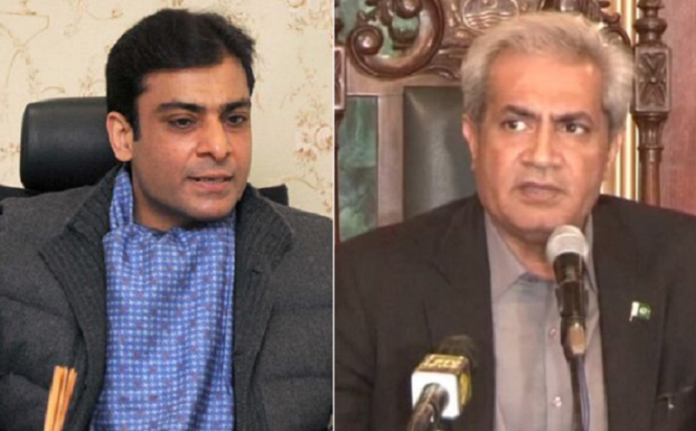 ISLAMABAD— The Lahore High Court (LHC) on Wednesday ordered Punjab Governor Omar Sarfaz Cheema to take oath from Chief Minister-elect Hamza Shahbaz or nominate a representative on or before April 28.

In his order – announced today after being reserved a day before – on petition of Hamza Shehbaz to direct Senate chairman to administer oath to him, LHC Chief Justice Ameer Bhatti the province was being run without a chief minister for 25 days.

Chief Justice Bhatti said the province was being run without a chief minister for 25 days. “The delays in administering the oath to the chief minister-elect is against the constitution,” said CJ Bhatti.

The LHC reserved the verdict on Shahbaz’s plea Tuesday.

Shahbaz secured 197 votes after Pakistan Muslim League-Q (PML-Q) and PTI members boycotted the session. However, dissident PTI MPAs participated and voted for Shehbaz Sharif, who got 11 votes above the simple majority of 186 required for the election.

On April 18, Governor Cheema refused to administer the oath to Shahbaz. He reasoned that reports from Punjab Assembly secretary and advocate general raised questions on the validity of the election.

After the governor’s refusal, Shahbaz filed a petition against him in the LHC.

The petition said the governor refused to perform his constitutional duty and delayed the oath taking ceremony of the newly-elected chief minister.

Later, the court instructed President Arif Alvi to appoint a representative to administer the oath.

Shahbaz moved to the court for the second time after the president’s inaction to implement the court’s order.

Shahbaz requested the court to direct Senate Chairman Sadiq Sanjrani to administer oath to him.