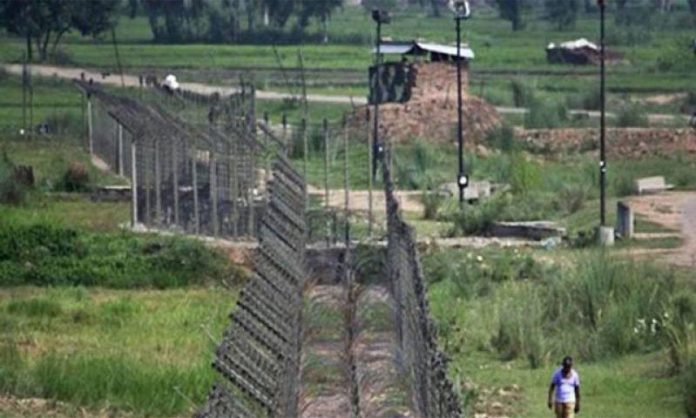 RAWALPINDI: A day after a ceasefire violation injured a child in Azad Kashmir; an elderly woman was martyred in yet another incident of unprovoked firing by Indian forces along the Line of Control (LoC) on Tuesday.
Indian forces targetted Kakuta village in Chirikot sector, the Inter-Services Public Relations (ISPR) said, adding that as a result 75-year-old Mehmooda Begum embraced martyrdom. “Indian bunkers engaged by Pakistani troops,” it said in a statement.
In this year alone, over 1,100 ceasefire violations have taken place along the LoC and the Working Boundary, according to a Pakistan Foreign Office tally. This led to 48 civilians being killed and over 160 others injured.
PM approves protection bunkers for civilian population along LoC
Last week, Prime Minister Shahid Khaqan Abbasi had approved funds to develop community protection bunkers for the safety of civilian population along the LoC.
While interacting with families of martyrs and injured due to Indian shelling, the PM announced enhancement in financial assistance to the families, and also condemned Indian unprofessional approach of targeting innocent civilians.