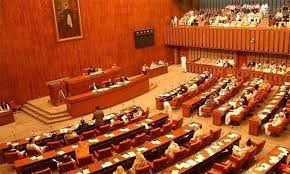 ISLAMABAD: The Election Commission of Pakistan won’t be delaying polling on a Senate seat from Balochistan which had fallen vacant after the death of PML-N Senator Kalsoom Parveen. A request to postpone polling on the seat was submitted by Balochistan Assembly Speaker Mir Abdul Qaddos Bizenjo. ECP has decided to hold the polls on January 14 as per the previously announced schedule.

Bizenjo had cited the spread of coronavirus during its second wave in a letter to Chief Election Commissioner Sikandar Sultan Raja.
Under the schedule, candidates were to submit nomination papers to the Returning Officer from December 25 to 28, 2020. The last date for scrutiny of nomination papers is January 1, 2021, while the last date for disposal of appeals against the decision of the Returning Officer is January 6, 2021.