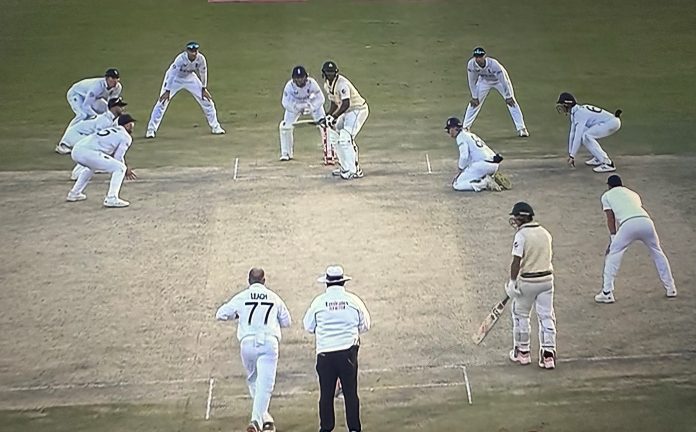 England snatched a final day-final session win against Pakistan in the first of the three Test series in Rawalpindi, registering only their third Test match win in Pakistan.

Chasing a 343-run target, the hosts were bundled up for 268 in the last session on day five of the game.

England toiled hard for wickets but managed only one in the extended 135-minute first session, when pacer James Anderson had opener Imam-ul-Haq caught down the leg side by keeper Ollie Pope for 48.

Saud Shakeel, who was playing his first Test, scored on 76, while Mohammad Rizwan walked back to the hut with after scoring 46.

Resuming at 80-2, Pakistan added just 13 in the first 65 minutes with Rizwan not scoring off the first 23 balls he faced. He changed gear, however, hitting five boundaries and two sixes to begin the chase proper in 87-run fourth wicket stand with Shakeel.

Shakeel cracked Leach for two boundaries to complete his half-century off 104 balls. Hosts Pakistan need 86 runs and England five wickets in the final session Monday as the first Test heads for an exciting finish on the fifth day in Rawlpindi.