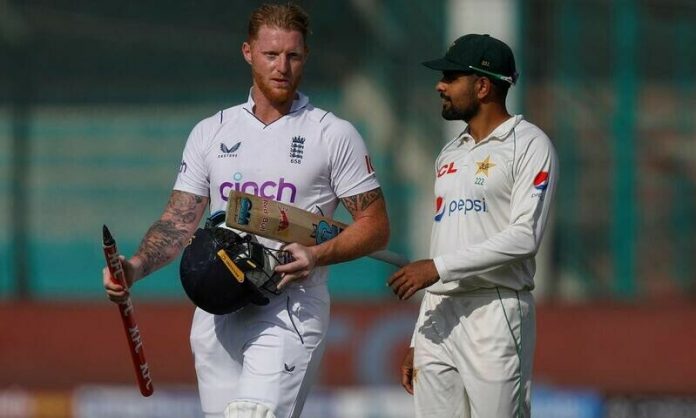 England became the first team in world cricket to complete a whitewash in Pakistan, after winning the third Test of three-match series in Karachi by eight wickets on Tuesday.

Left-handed batter Ben Duckett played the winning shot on Muhammad Wasim Jr delivery for a boundary. The tourists needed 167 runs to win the final Test after dismissing Pakistan for 216 in their second innings on the third day in Karachi on Monday.

Ahead of the start of the Karachi Test, England skipper Ben Stokes said that his side would be eyeing a series clean sweep in Karachi.

England had already sealed their three-match series after winning the first test by 74 runs before grabbing a 26-run victory in the second to register their first series win in Pakistan since 2000-01.

This was England’s first Test tour of Pakistan since 2005, having refused to tour the South Asian country in the years since because of security concerns.

Ben Stokes-led side outplayed the Babar Azam-led side in the whole series, with an all-round performance in all three departments of the game.