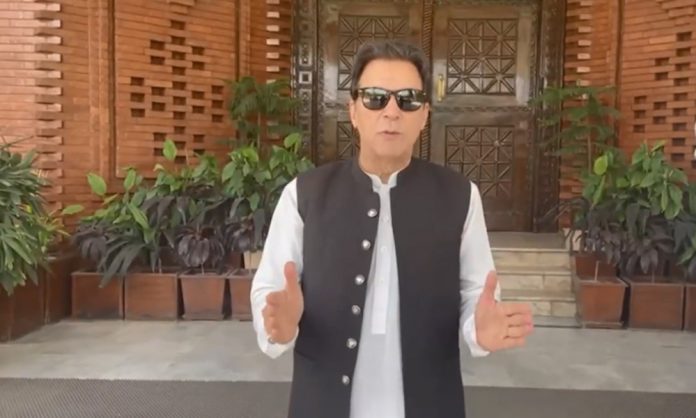 ISLAMABAD: Pakistan Tehreek-e-Insaf (PTI) Chairman Imran Khan Tuesday said he would give a ‘proper reply’ to Pakistan Democratic Movement’s (PDM) ‘cabal of crooks’ who are continuously propagating to malign him.

On his official Twitter handle, the former Prime Minister said that he’d had enough of the ‘intense propaganda’ launched by PDM against him.

“This stems from their being petrified of PTI’s soaring popularity,” he said, adding that he is holding a public gathering in Peshawar today.

“I will give [a] proper reply to all those who have deliberately been distorting my words to malign me,” he further added.

Am following intense propaganda launched by PDM cabal of crooks against me.This stems from their being petrified of PTI's soaring popularity. Today in Peshawar jalsa I will give proper reply to all those who have deliberately been distorting my words to malign me.Enough is enough

On Sunday, while addressing a public rally at the Iqbal Stadium in Faisalabad, the cricketer-turned politician alleged that Prime Minister Shehbaz Sharif and his allies “want their man because they have stolen away money”.

“They fear that if a strong, patriotic army chief is appointed, they would be questioned about their loot,” Khan added.

As per Pakistan’s constitution, the country’s prime minister will pick the successor of Chief of Army Staff (COAS) General Qamar Bajwa, who will complete his term in mid-November.