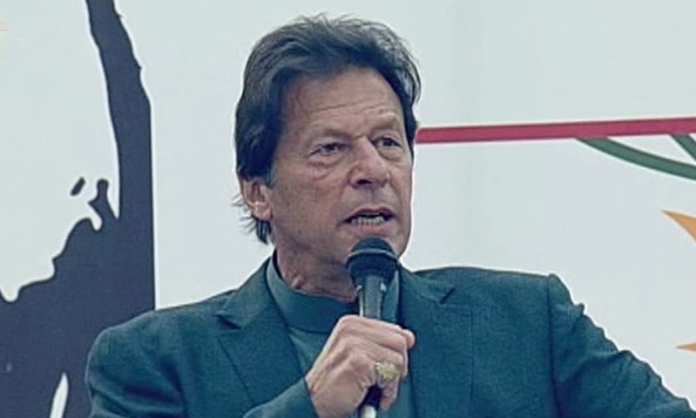 MIRPUR: Prime Minister (PM) Imran Khan on Thursday has said that the purpose behind coming to Azad Kashmir is to show harmony with the people of Indian occupied Jammu and Kashmir.
While addressing a public gathering in Mirpur, the PM told that eight million people are suffering in occupied Kashmir due to Indian government’s inhumane lockdown. The entire world is supporting Pakistan’s stance on Kashmir dispute, he added.
PM Imran asserted that Kashmir has been internationalized in six months despite nefarious plans of Indian PM Narendra Modi-led government.
We are peaceful nation as we had returned Indian pilot Abhinandan in a goodwill gesture, but Modi had maligned Pakistan’s image to win the elections, he went on to say.
I have fulfilled my promise of representing the Kashmir case at every international forum. I have emerged to be a Kashmir’s ambassador by discussing the conflict with all the prominent leaders, he stated.

Also read: Shahid Afridi urges world to break silence on atrocities in Kashmir
Meanwhile, the passionate supporters of Pakistan Tehreek-e-Insaf (PTI), while holding Pakistani and Azad Kashmir flags, chanted slogans in the favour of people living in the occupied valley.
It is to be mentioned here that the premier will also visit British welfare trust and meet orphan children during his Mirpur visit.