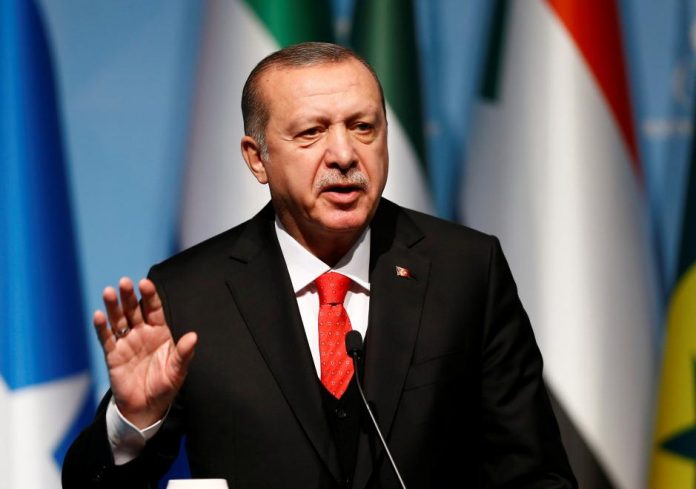 ISTANBUL: Turkish President Recep Tayyip Erdogan on Friday compared Israel’s actions against the Palestinians in Gaza to the Nazi persecution of the Jews in World War II.
“There is no difference between the atrocity faced by the Jewish people in Europe 75 years ago and the brutality that our Gaza brothers are subjected to,” he told a summit of Islamic leaders in Istanbul.
Erdogan had called the extraordinary meeting of the Organisation of Islamic Cooperation (OIC) in Istanbul after Israeli forces on Monday killed some 60 Palestinians on the Gaza border.
He added that the leadership of a people “who were subjected to all kinds of torture in the concentration camps during World War II is attacking the Palestinians with methods similar to the Nazis.”
“I will say openly and clearly that what Israel is doing is banditry, brutality and state terror,” he added.
Around six million Jews were killed by the Nazis during World War II in the Holocaust.
Erdogan had earlier told a mass rally in Istanbul that as the victims of the Holocaust, the Jewish people of Israel should stop their government’s actions against the Palestinians.
“We believe a people who were victims of the Holocaust will not give consent to the crime against humanity committed by their own state,” he said. – APP