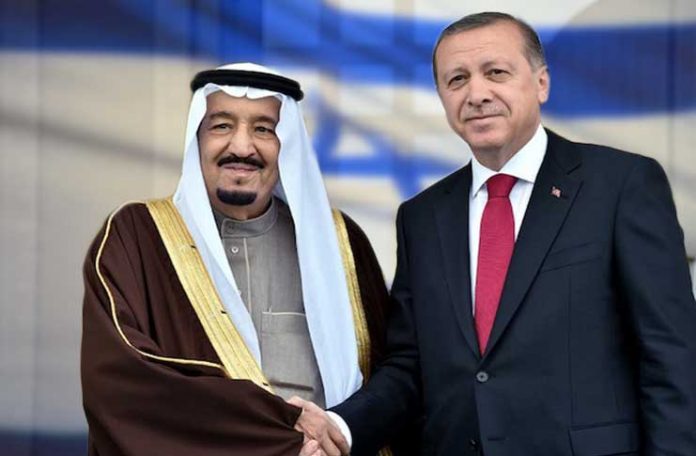 ANKARA: Turkish President Recep Tayyip Erdogan spoke on Thursday by phone with Saudi King Salman after missing a key summit of the Organisation of Islamic Cooperation in the Saudi holy city of Makkah, his office said.
The two exchanged greetings for the Eidul Fitr festival, Erdogan’s office said, adding that they also discussed “bilateral and regional issues,” without elaborating further.
The phone call comes after Erdogan was notably absent from the Makkah summit of the OIC where the country was represented instead by Foreign Minister Mevlut Cavusoglu.
Turkey’s ties with Saudi Arabia have come under strain after the brutal murder last October of journalist Jamal Khashoggi in the Saudi consulate in Istanbul, which tarnished the international reputation of Crown Prince Mohammed bin Salman.
Saudi prosecutors have absolved the prince and said around two dozen people implicated in the murder are in custody, with death penalties sought against five men.
But attention has remained focused on whether the crown prince ordered the murder, despite the kingdom’s denials.