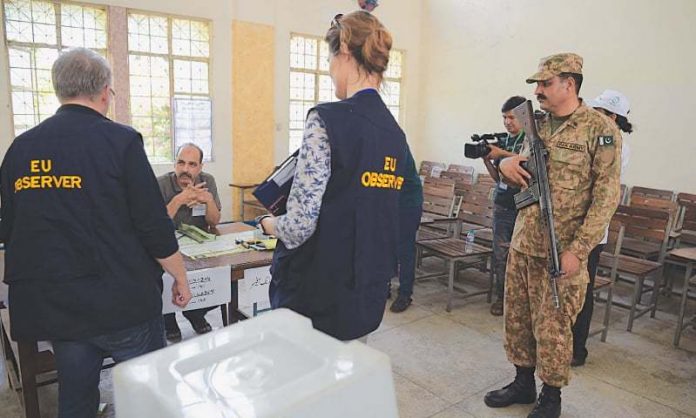 ISLAMABAD: The European Union Election Observation Mission chief Michael Gahler on Friday said that deputation of EU observers was delayed during Wednesday’s landmark general elections which affected the monitoring of electoral process.
Addressing a press conference in Islamabad on Friday, he said that results were still expected from several constituencies, however, this won’t damage the electoral process.
Gahler said that they do not have interest in the results but instead they have interest in the electoral process.
In its initial findings on this week’s Pakistani parliamentary elections, the EU Election Observation Mission concluded that polling was relatively transparent, but raised the alarm on unfair pre-election practices.
The EU observer chief went on to say that Pakistani military had not interfered in the voting process.
“On election day, polling was assessed as well conducted and transparent,” he said. “However, counting was somewhat problematic with staff not always following the procedures.”