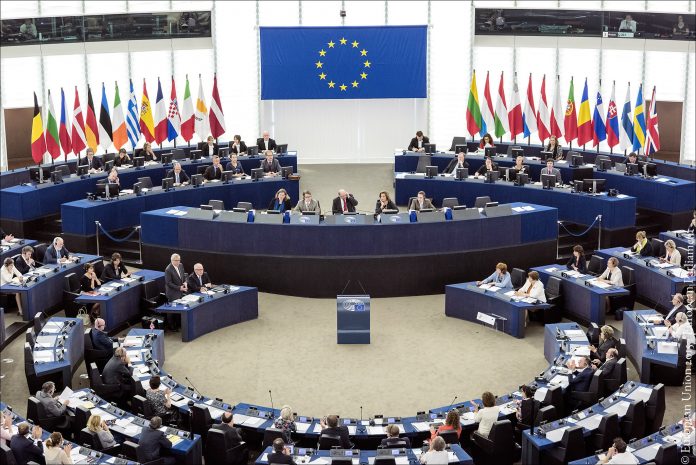 BRUSSELS: Members of the European Union Parliament on Friday called for trade and travel sanctions on India over the alarming human rights situation in Indian-occupied Kashmir.
According to reports, the Co-Chair of the Friends of Kashmir Group in the EU parliament, Richard Corbett, called for utilizing all possible means to mount pressure on India to ease the military curfew in occupied Kashmir.
He proposed the imposition of trade sanctions on New Delhi and restrictions on the travel of those involved in committing human rights violations and acts of terrorism in Indian-occupied Kashmir.
Corbett was speaking to a conference jointly organized by Friends of Kashmir Group in the European Parliament and the Jammu-Kashmir Self-Determination Movement at the European Parliament in Brussels.
The Friends of Kashmir group also proposed that a resolution be presented in the EU regarding the situation in the occupied valley. Last month, members of this group had visited Azad Jammu and Kashmir.
During the visit, the EU members had a chance to meet the victims of unprovoked attacks from India on the Line of Control, and the relatives of those who had lost their lives in these attacks.
The group also met a wide range of civil society members on the visit, including journalists, physicians, teachers, students and lawyers to collect firsthand information about the area.
They called upon the Indian government to provide a similar kind of access in Indian-occupied Kashmir so as to independently verify claims about lack of food, medicines and other items in the occupied valley.
Those who spoke at the conference on occupied Kashmir included Anthea McIntyre, Shaffaq Mohammed, John Howarth, Irena Von Weise, Theresa Griffin and Raja Najabat Hussain.
Azad Jammu and Kashmir President Sardar Masood Khan was also present on the occasion, and welcome the decision of the European Parliament to hold a debate on the situation in occupied Kashmir.
Khan said that the decisions reflected growing concern in Europe over the deteriorating human rights situation in Indian-occupied Kashmir, and warned about prolonged siege turning into genocide.
He said all the developments in the Indian-occupied territory fit into the definition and criteria of genocide and called for swift action by the international community to intervene and prevent a catastrophe.
Indian Prime Minister Narendra Modi had revoked the constitutional autonomy of occupied Kashmir on August 5 and imposed a military curfew in the valley, imprisoning thousands of Kashmiris. …Agencies