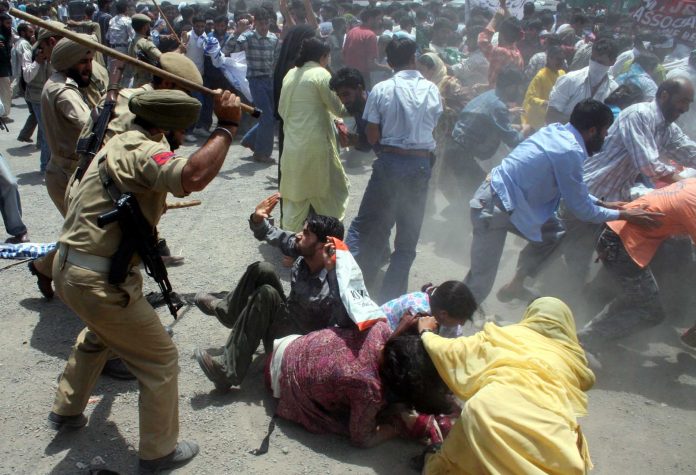 BRUSSELS: As many as 15 Members of the European Parliament (MEPs) have written to European Commission President Ursula Von Der Leyen and Vice President Josep Borrell to demand an end to India’s brutalities in occupied Kashmir.
The MEP’s letter states: “It is extremely regrettable that a country like India, that made so many steps towards a more inclusive and democratic society, has been inverting this trend under the impact of an ever-increasing Hindu nationalist grip on society and politics.”
The signatories to the open letter include, Fabio Massimo Castaldo, Bettina Vollath, Helmut Scholz, Maria Arena, Daniela Rondinelli, Javier Nart, Carles Puigdemont I Ccasamajo, Antoni Comin I Oliveres, Clara Ponsati Oblios and many others.
The Members of the European Parliament accept that the people of Jammu & Kashmir have been subject to intolerable suppression of their freedom and fundamental rights over the past seven decades, as it is shown by the accounts of many human rights organisations and also the 2018 and 2019 reports of the Office of the UN High Commissioner for Human Rights.
The letter addresses the point of the subjugation of freedom by Modi’s anti-Islamic Hindutva ideology which has swept across India ever since the recent election. The letter reads: “Fulfilling the promises of the 2019 election BJP’s electoral manifesto, Prime Minister Modi proceeded to revoke Kashmir’s special status with a presidential decree on August 5, 2019. In the lead-up to the move, India sent thousands of additional troops to the region, imposed a crippling curfew, shut down telecommunications and internet and arrested political leaders, de facto imposing a 9 months long military lockdown thereby threatening the negotiation process.”
The MEPs expressed serious concern on India’s reliance on military solutions to subjugate the people of IoK. “In recent years, it appears more evident that India has abandoned any political approach to the insurgency in Kashmir and is managing the crisis with almost exclusively military means.”
Calling for a halt of the systematic violence orchestrated by India, the MEPs asked all actors involved to make a real commitment to put an end to any form of violence, abuse and discrimination against the Kashmiri and the overall Indian Muslim population and to guarantee the full respect of their human rights.
The MEPs demanded a renewed attempt at peace talks mentioning how it is needed more than ever. “In order to do this, it is required for all the actors to stray from the logic of conflict, stop exploiting and fomenting ethnic and religious tensions and accept to give Kashmiri people hope and a chance at self-determination.”
At the end of the strongly-worded letter against India’s unprecedented aggression, the MEPs express deep concerns with the Indian Government on these issues and call on India to fulfill its international legal obligations by responding and adopting the recommendations in the UNHRC reports of 2018 and 2019. …Agencies