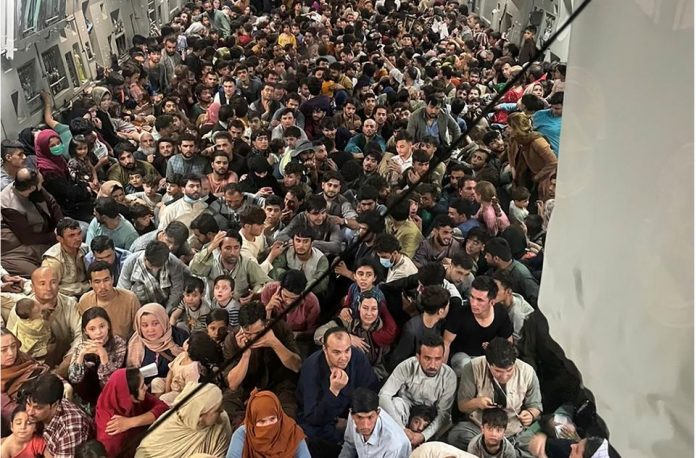 KABUL: More than 2,200 diplomats and other civilians have been evacuated from Afghanistan on military flights, a Western security official told Reuters on Wednesday, as efforts gathered pace to get people out after the Taliban seized the capital.

The Taliban have said they want peace, will not take revenge against old enemies and would respect the rights of women within the framework of Islamic law. But thousands of Afghans, many of whom helped U.S.-led foreign forces over two decades, are desperate to leave.

“We are continuing at a very fast momentum, logistics show no glitches as of now and we have been able to remove a little over 2,200 diplomatic staff, foreign security staff and Afghans who worked for embassies,” the Western security official said.

It was unclear when civilian flights would resume, he said.

The official did not give a breakdown of how many Afghans were among the more than 2,200 people to leave nor was it clear if that tally included more than 600 Afghan men, women and children who flew out on Sunday, crammed into a U.S. military C-17 cargo aircraft.

The Taliban, fighting since their 2001 ouster to expel foreign forces, seized Kabul on Sunday after a lightning offensive as U.S.-led Western withdrew under a deal that included a Taliban promise not to attack them as they leave.

U.S. forces running the airport had to stop flights on Monday after thousands of frightened Afghans swamped the facility looking for a flight out. Flights resumed on Tuesday as the situation came under control.

As they consolidated power, the Taliban said one of their leaders and co-founders, Mullah Abdul Ghani Baradar, had returned to Afghanistan for the first time in more than 10 years.