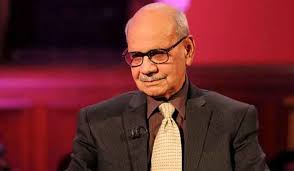 The Ministry of Defence has submitted a written response to a petition filed by former Inter-Services Intelligence (ISI) chief retired Lt Gen Asad Durrani at the Islamabad High Court, urging the court not to remove his name from the Exit Control List (ECL).

The ministry has told the court that it has evidence which suggests Durrani remained in contact with Indian spy agency Research and Analysis Wing (RAW).

The defence ministry also said that it has evidence which suggests Durrani has been in contact with anti-state elements from other countries since 2008.

The former ISI chief has moved the high court to seek the removal of his name from the no-fly list, stating that he wants to go abroad.

Durrani’s name was included in the ECL in 2019 following the Ministry of Defence’s recommendation, sources said. They told Geo News that court proceedings for the petition filed by the former ISI chief will commence from the second week of February.