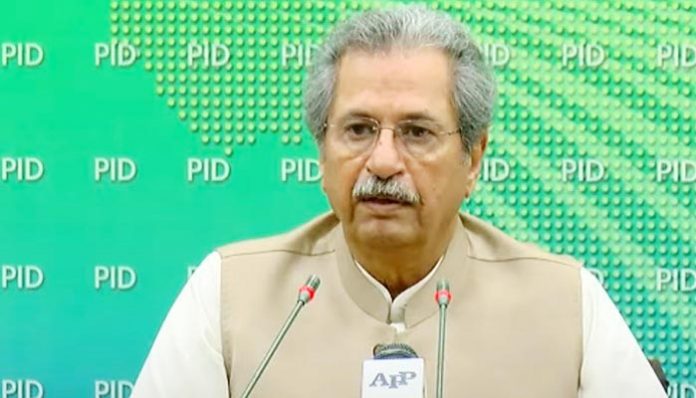 Federal Education Minister Shafqat Mahmood has announced that for the ongoing academic year terminal examinations of all classes will cover entire educational syllabus and no concession would be made in this regard.

Last year, the government had cancelled the examinations for compulsory subjects and allowed students to appear only for elective subjects. Speaking at a press conference on Thursday, the federal minister said that the syllabus will be completed this year and all the examinations will cover the entire syllabus.

“All exams, including O and A level, matric and intermediate exams will be held as per normal schedule like they were conducted before the pandemic,” the minister said.

“The exams will take place in May and June,” he said.

The education minister said that efforts were being made to create a single academic calendar, which will contain record on every educational institute with information such as admissions, entry tests and examination schedules.

He said that according to international organizations, Pakistani children’s learning levels were not so brilliant and on top of that they were affected by the pandemic. He said schools were being provided Covid kits which contained soap and sanitizers.

In 2020, the government cut down 50% of the school curriculum from grade one to ten. Mahmood said that the decision was taken in view of the time lost by students during the coronavirus pandemic.