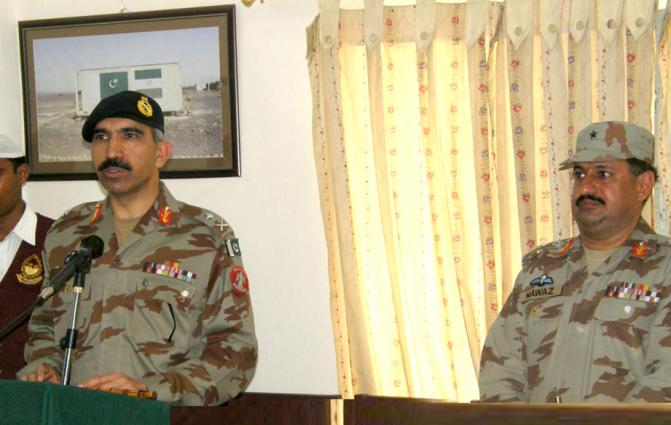 QUETTA: Inspector General Frontier Corps Balochistan Maj-Gen Sher Afgun has said that external forces were involved in creating unrest and damaging peace in Balochistan.
He was talking to a delegation of National Institute of Management Karachi who visited FC Headquarters Quetta, here on Wednesday.
"International forces are greedy for natural resources of Balochistan," adding therefore, such forces were involved in creating unrest and damaging peace in this region. He said that FC officials and personnel have rendered sacrifices for the protection of life and property of people.
"FC has been playing pivotal role in war on terrorism and to restore peace and order in Balochistan," he said.
He said that FC was deployed on Pak-Iran and Pak-Afghan borders and national installation besides it was taking measures to control cross border smuggling of weapons and narcotics.
Earlier, Lt. Col Aziz Ahmed gave briefing to the 17-member delegation on overall situation of Balochistan and role of FC. (APP)