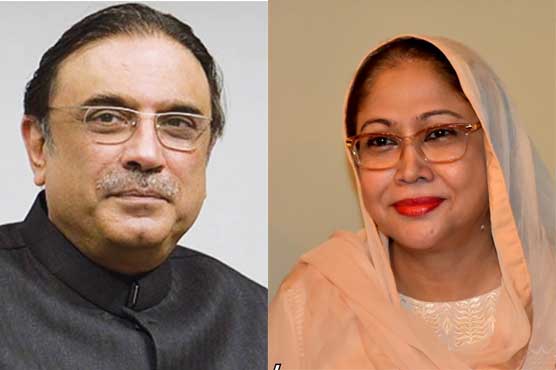 KARACHI: The Federal Investigation Agency (FIA) has summoned former president Asif Ali Zardari and his sister Faryal Talpur in fake accounts case on Monday.
Despite summoning them for three times, Asif Zardari and Faryal Talpur have not yet appeared before the JIT. The FIA would submit its report in the Supreme Court on August 28.
Meanwhile, a local  court has extended the physical remand of Anwar Majeed and his son Abdul Ghani Majeed for three more days. Anwar Majeed was not presented before the court as he was admitted to hospital. Ghani Majeed complained of torture. The court ordered medical check up of Ghani Majeed after torture complaint.