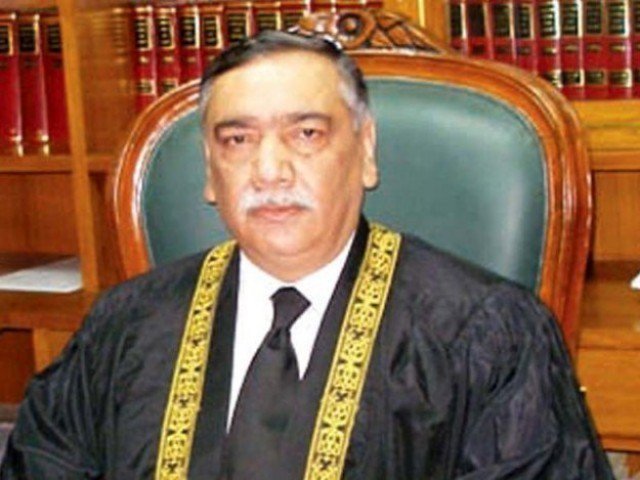 ISLAMABAD: Chief Justice of Pakistan Justice Asif Saeed Khosa on Tuesday remarked that false testimony can lead to the acquittal of accused and questions are raised at courts.
During the hearing of a case regarding false testimony, the chief justice remarked, that this case is facing the same problems as other cases. “Despite knowing that Go dis hearing everything, witnesses give false testimony,” he said.
The top judge continued, “Because of false testimony, accused are acquitted and then it is said that the court has acquitted them. Questions are raised as to why the court acquitted them.”
“If the evidence and testimony are false, how can the court give a sentence,” he asked.
Earlier, the top judge had announced that the court will be taking strict action against those who give false testimony. He had added, that if any part of the testimony was found out to be false, the entire testimony would be disregarded.