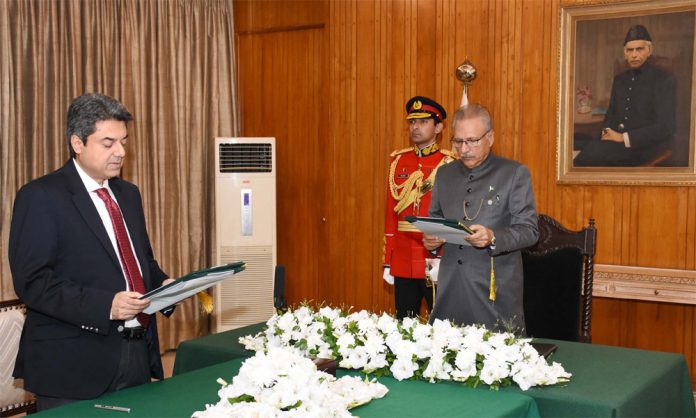 ISLAMABAD: Farogh Naseem had stepped down from his office on November 26 to represent COAS General Qamar Javed Bajwa.
ISLAMABAD: Barrister Farogh Naseem took oath as a federal minister here on Friday, three days after he resigned from the office of Federal Minster for Law and Justice to appear as counsel of the army chief in a case pertaining to his tenure’s extension.
President Dr Arif Alvi administered the oath to Barrister Naseem at a ceremony, which was attended by members of lawyers’ fraternity and political and social figures.
Barrister Farogh Naseem had stepped down from his office on November 26 since he could not fight the case while holding the post.
He represented General Qamar Javed Bajwa in the Supreme Court’s hearings on November 27 and 28 which concluded with the bench’s verdict.