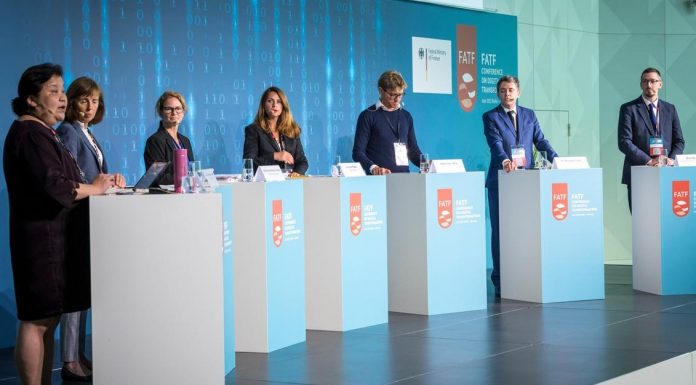 BERLIN— Pakistan is hopeful of getting off the grey list of the Financial Action Task Force (FATF) as today (Friday) is the last day of the four-day meeting of the international watchdog to discuss whether or not Pakistan should be removed from the ‘grey list’.

A four-day plenary session of the FATF is scheduled to end today in Berlin after which the global anti-money laundering watchdog will announce its decision about which countries will remain in the list and which have been removed.

Pakistan has already shown compliance with all but two items on two action plans it was handed down by the FATF and its regional partner Asia Pacific Group (APG).

Khar has urged journalists to refrain from prejudging the outcome of the plenary or indulging in speculative reporting.

In a tweet on Friday, she said the meeting continued in Berlin and the FATF will announce its decision while Pakistan’s ministry of foreign affairs had also arranged a media briefing.

The minister was responding to social media claims that the financial watchdog had already removed Pakistan from the FATF grey list.

FATF President Dr Marcus Pleyer will address a news conference at around 7:30 Friday (Pakistan standard time) in Berlin and announce the decisions reached at the meeting not only about Pakistan but about other countries too. The event will also mark the end of Germany’s two-year presidency.

At its previous session held in March this year, the task force put the United Arab Emirate on its grey list of sanctions over its failure in tackling illicit financial flows.

An FATF statement issued at the time said that Pakistan had completed 26 of the 27 action items in its 2018 action plan. “The FATF encourages Pakistan to continue to make progress to address, as soon as possible, the one remaining item by continuing to demonstrate that TF [terror financing] investigations and prosecutions target senior leaders and commanders of UN-designated terrorist groups.”

The statement also praised Pakistan for its compliance of the second action plan given by APG. It said Pakistan had completed six out of seven remaining items on the 2019 APG Mutual Evaluation Report (MER).

Now Pakistani officials strongly believe that the country will be taken off the grey list — a move that would ease monetary pressure.

The Ministry of Foreign Affairs (MOFA) is likely to hold a press briefing on the FATF verdict on Friday, SAMAA TV’s Sumaira Khan reported from Islamabad.

Why two action plans for Pakistan

Pakistan was first placed on the FATF grey list of sanctions in February 2008 after being accused of failing to comply with anti-money laundering (AML) and combating financing of terrorism (CFT) regulations.

It was removed from the list and then place on it again at least twice between 2010 and 2018.

Since June 2018, Pakistan remains on the grey list and has faced huge economic losses. A research paper published by the Islamabad-based independent think-tank, Tabadlab, says FATF’s decision to retain Pakistan on the grey list has $38 billion to the country’s GDP between 2008 and 2019.

The country is being asked to address two action plans: The 27-item original action plan that Pakistan agreed to in June 2018 and an additional 40-item action plan that the Asia Pacific Group (APG), the FATF regional partner, outlined in 2019.

In June 2021, the APG meeting emphasized compliance with both plans.

At its plenary meeting in October 2021, the FATF appreciated Pakistan’s progress on the action plans handed down by the task force but decided that the country will not be removed from the grey list.

FATF acknowledged that Pakistan made progress on the 27-item action plan and had shown compliance on 26 items.

It was also declared “compliant” or “largely compliant” on 35 out of 40 items from the APG action plan, according to then-Federal Minister Hammad Azhar.

The FATF is a global task force for combating money laundering and terrorist financing.

FATF doesn’t impose any sanctions directly, but its guidelines are taken seriously by global financial institutions.

The grey list refers to countries or jurisdictions under increased monitoring because of strategic AML and CFT deficiencies.

If a country is put on the FATF blacklist, its citizen sending home remittances could be subject to more scrutiny. The traders who deal in imports and exports also suffer because they have to make and receive payments with the help of international banks that may either increase the cost for that nation or simply refuse to engage in business with them.

The implications for the economy as a whole can be far more serious. Being placed on FATF’s blacklist — which Pakistan escaped in the past two decades — can affect capital inflows and lower investment in the country. Raising funds from global capital markets becomes difficult, which undermines the country’s ability to pay foreign debt.