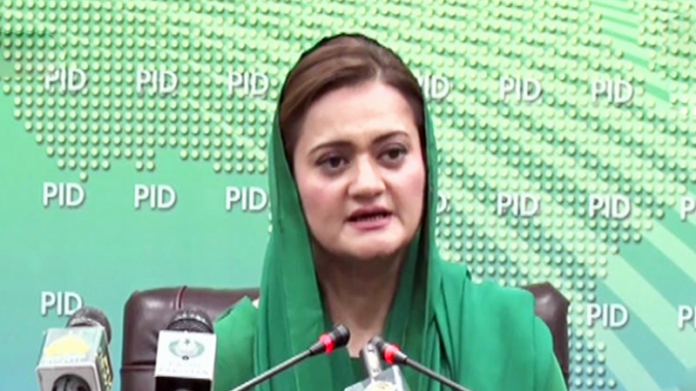 ISLAMABAD: Federal Minister for Information and Broadcasting Marriyum Aurangzeb has said that the PTI leader Chaudhry Fawad Hussain was arrested over hurling threats at the members of the Election Commission of Pakistan. The PTI leader was arrested on the complaint of the ECP, she added.

Addressing a news conference in Islamabad on Wednesday, the federal minister said that the ECP Secretary Omar Hameed had lodged an FIR with the Islamabad Police against the PTI leader for threating ECP members and their families.”It is not a political arrest and Fawad Chaudhry was detained on the complaint of a constitutional body.” She said that the government did not believe in political vendetta.

Marriyum Aurangzeb said the people, the media, and the state institutions should draw a line between vendetta and criminal offences. “We have the same power as PTI did while in power, but we will not use it for political victimisation. If we wanted to arrest political opponents, then the entire top-tier PTI leadership would be behind bars.”

“For the past nine months, we were in power, but we did not resort to the tactics that PTI used. During their tenure, ministers and Imran Khan, himself would hold press conferences and describe how their political opponents would be arrested later.”