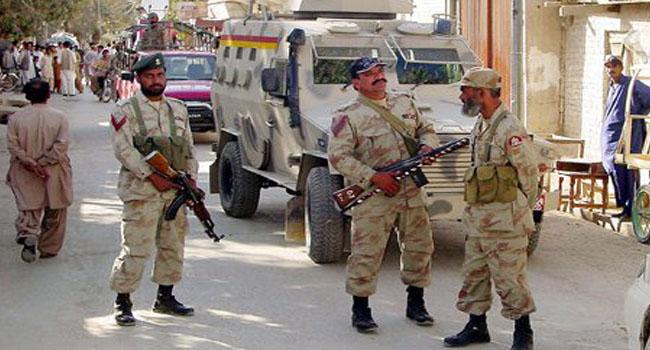 QUETTA: The Frontier Corps arrested two suspected militants during a search operation in Quetta on Monday.
“The two suspects belong to a banned outfit and are most likely linked with the attack on five Hazara men on Sunday evening,” a FC spokesperson said.
“We will continue carrying out search operations and take action against miscreants,” the spokesperson said.
On Sunday, at least five people belonging to the Hazara community were gunned down in Quetta’s Circular Road area near Meezan Chowk.
Four masked men on two motorcycles opened fire on shops owned by Hazara community members, Balochistan Home   Secretary Akbar Hussain Durrani said. Four people were killed on the spot while the fifth victim succumbed to his injuries on the way to hospital.
In the past month alone, around 19 people, including four policemen, have been killed and 19 more, including two women, have suffered injuries in targeted attacks in Quetta.