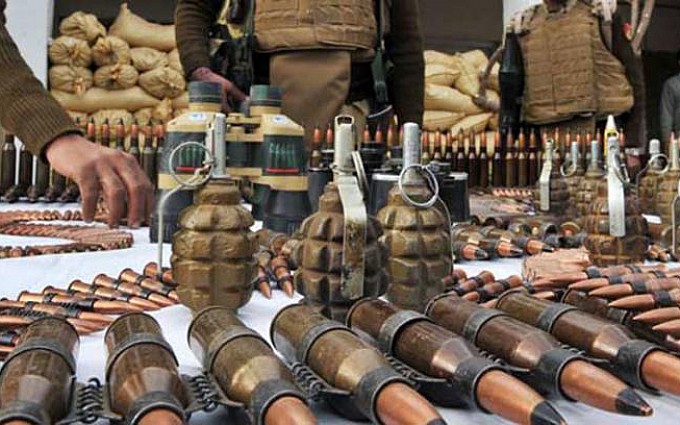 RAWALPINDI: Frontier Corps Balochistan and intelligence agencies on Sunday recovered 850 kilograms of black explosives, 252 grenades, 236 grenade fuses, ammunition of machine gun and sniper rifle.
According to an Inter-Services Public Relations (ISPR) statement issued here, the recovery was made during an intelligence based operation (IBO) conducted in Channah Nullah and Chatthar area, near Dera Murad Jamali.
The IBO was carried out as part of the ongoing operation Raad-ul-Fasaad. …APP