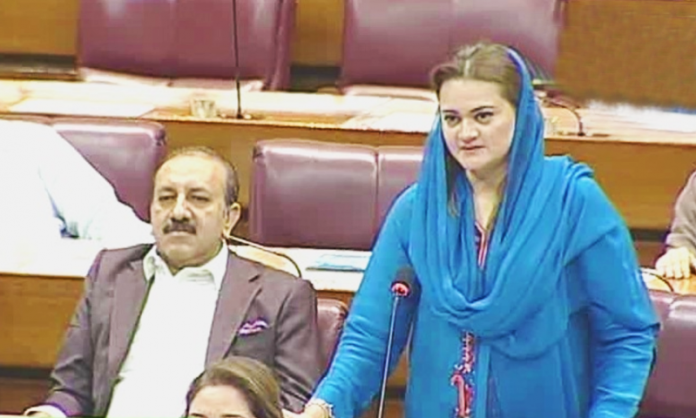 ISLAMABAD: PML-N leader Marriyum Aurangzeb on Monday launched a blistering verbal attack against Prime Minister Imran Khan, saying the budget presented earlier this month was an outcome of the “third-class performance” of his government.
Addressing the budget session in the National Assembly, the PML-N leader said that the budget for FY2019-20 was a recipe for “crushing the salaried class of Pakistan, destroying the small investor and snatching the morsel out of the common man’s mouth”.
Deputy Speaker Qasim Suri interrupted Aurangzeb when she alleged that the government had come into power after being “selected”. He reminded her that he had advised against using the term on Sunday as well because “every member has come to the parliament after being elected”.
Aurangzeb maintained that she had not used the word for the prime minister and later chose to refer to the incumbent government as “handpicked” instead of selected.
Referring to the premier as the “TV star prime minister”, she said Prime Minister Imran after coming into power had first addressed the nation through television, instead of on the parliament’s floor. She recalled that the prime minister addressed the nation twice in the last 10 days.
“In the first address, he was standing atop the container and targeted the opposition; in the second address, he was still on the container and targeted this country’s investors and traders,” she alleged.