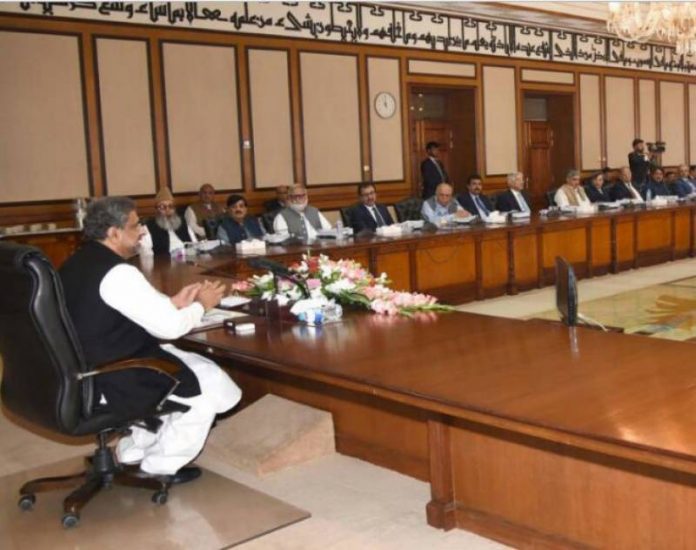 ISLAMABAD: A meeting of the federal cabinet was held with Prime Minister Shahid Khaqan Abbasi in the chair in Islamabad on Tuesday.
The meeting discussed various important matters including overall situation of law and order.
Various projects in collaboration with several countries were also approved during the meeting.
The cabinet agenda also included verification of the decisions of the Economic Coordination Committee.
According to media reports, the matter of Pak-Afghan border management also come under discussion during the meeting.