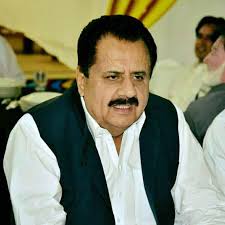 ISLAMABAD: The portfolio of Federal Minister Tariq Bashir Cheema was changed late Thursday night.
Cheema was appointed Federal Minister for States and Frontier Regions (SAFRON) when Prime Minister Imran Khan’s cabinet took oath on August 20, has now been given the Ministry of Housing and Works.
A notification in this regard has also been issued.
Cheema had expressed reservations over being appointed SAFRON minister owing to which his portfolio has been changed.