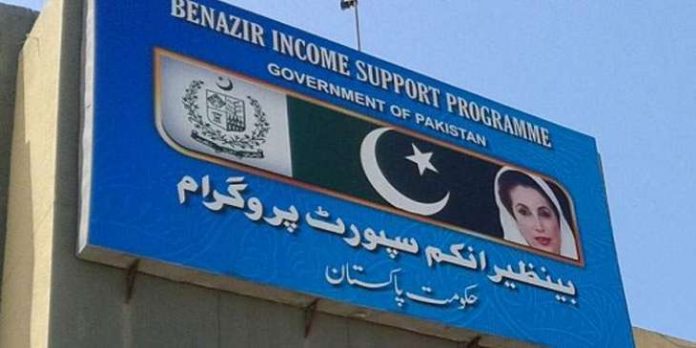 PESHAWAR: The Khyber Pakhtunkhwa (KP) Federal Investigation Agency (FIA) on Thursday has completed an investigation against government employees in connection with the Benazir Income Support Program (BISP) scam.
According to details, cases have been lodged against 24 government officials for misusing their authority to take money under BISP.
Out of a total of 820,165 beneficiaries disqualified from the BISP database, 14,730 were government employees or servants of railways, post office, and the BISP programme as the aid was not meant for government servants.
According to the data, 127,826 were those whose spouses were government employees or employees of the above-mentioned departments.
It further revealed that 153,302 among them were those who traveled abroad once and 195,364 were those whose spouses traveled abroad once. The number of beneficiaries who travelled abroad more than once stood at 10,476.
Similarly, 166,319 spouses travelled abroad more than once.
The BISP removed 692 people as they owned one or more than one vehicle, while 43,746 were deprived of the benefit because their spouses have one or more than one car.
Furthermore, a person who can pay Rs1,000 of telephone bill on a monthly basis is not considered “eligible” to get a monthly stipend from the programme and, hence, 24,546 people were removed under this category.
Likewise, 155,767 were discarded from the database as their spouses paid Rs1,000 or more telephone [PTCL, mobile] bill.
For applying for passports via executive centers, 666 beneficiaries were removed and 580 were dropped as their spouses applied for passports via executive centers.
A total of 36,970 people were thrown out from the list of BISP beneficiaries because three or more than three members of their family paid executive fees for obtaining CNICs.