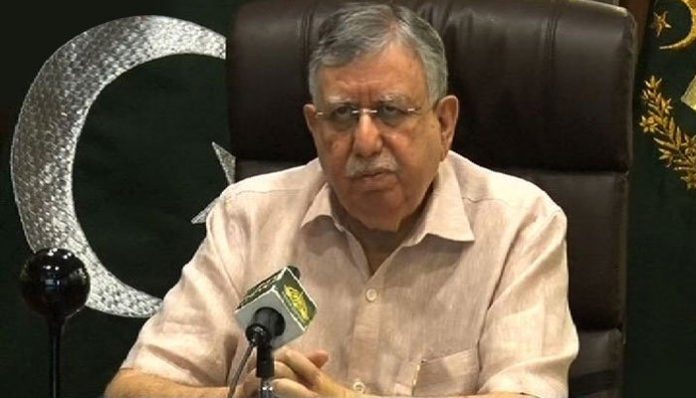 The FIA in its notice asked Tarin to appear before the agency at 10:00am on September 21, adding that failure to do so would mean that Tarin had nothing to say in his defence and the agency would take legal action against him.

Last month, an audio clip of Tarin’s telephone calls to Punjab Finance Minister Mohsin Laghari and KP Finance Minister Taimoor Saleem Jhagra surfaced in which he could be heard asking them to write letters to IMF and directed Jhagra that the key point of his letter should be the floods and devastations in the province.

KP finance minister, ahead of his telephone conversation with Tarin, had written a letter to Finance Minister Miftah Ismail threatening to withdraw from the IMF commitment.

In the leaked audio, Shaukat Tarin can be heard asking Jhagra if he had written the letter.

Following the leaked audio, the coalition government accused PTI of hatching a conspiracy to derail the IMF deal.

The PTI should be ashamed of themselves, Miftah had said after the alleged audio clip of PTI leaders was leaked to the media.

“This is shameful. Shaukat Tarin and Taimur Jhagra should resign from politics,” the finance minister had said.