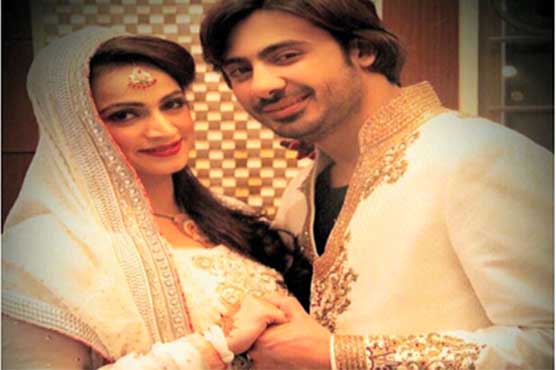 LAHORE: Film actress Noor Bukhari on Sunday confirmed her marriage with singer Wali Hamid Khan and said the two had tied knot two years back and kept it secret with mutual understanding.
“I was waiting for the right time to make announcement. Now, I have understood Wali in two years, so making my marriage public,” she said in an announcement.
The Lollywood actress said she had finally decided to spend whole her life with the singer.
Love between the actress and singer deepened on the set of film “Ishq Positive”, which has been released in July this year.
During all this time, the artists were seen together on trips to other cities and abroad. Rumors had already been circulating about their marriage but it was not yet confirmed by the couple.
The beauty queen of Pakistan started her career as a child star in mid-1990s. Her three marriages have earlier ended in divorce.
Her first marriage was with Vikram in 2008, second with director/producer Farooq Mengal and then third with Awn Chaudhry in 2012.
Both the celebrities also exhibited their acting skills in a movie quite recently.