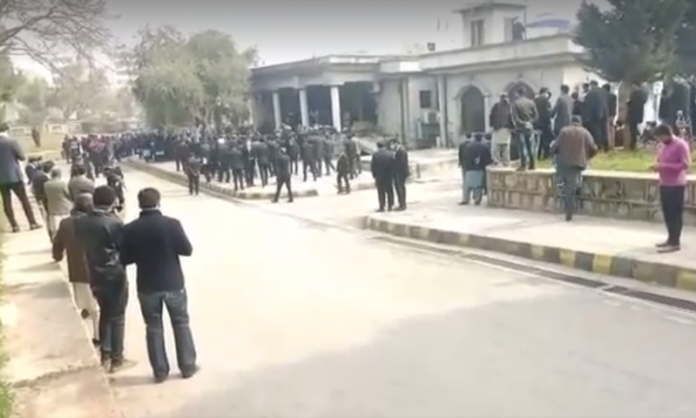 ISLAMABAD: Police have registered cases against the lawyers who earlier in the day stormed the premises of the Islamabad High Court (IHC) and vandalised it, forcing IHC Chief Justice Athar Minallah to confine himself to his room.

The IHC, in a statement, said that cases have been registered against the lawyers who stormed the high court and inflicted damage at the premises of the IHC.

A mob of lawyers smashed windows in the Chief Justice block, chanting slogans outside the IHC Chief Justice’s office in a violent protest against the recent action by the Capital Development Authority (CDA).