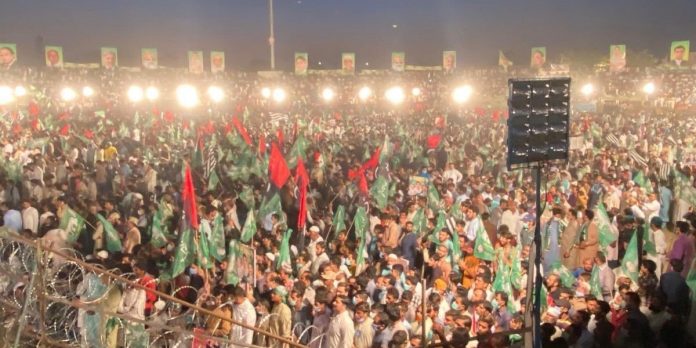 Top PMl-N leader including Khurram Dastagir, Chaudhry Mehmood Bashir, Salman Khalid Butt, and more than 100 unidentified people were nominated in the FIR, sources said. According to sources, the FIR was lodged for violating coronavirus SOPs and blocking the roads.

On Friday, the PDM held its first anti-government public rally in Gujranwala’s Jinnah Stadium, with an approximate turnout of 50,000-60,000.