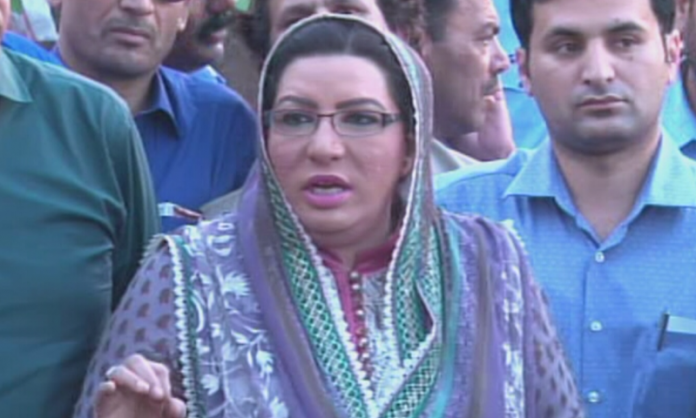 ISLAMABAD: Special Assistant on Information Firdous Ashiq Awan has asked Jamiat Ulema-i-Islam-F (JUI-F) chief Maulana Fazlur Rehman to not exploit his workers to fulfill his desire of coming back to the parliament.
In a series of tweets on Tuesday, the special assistant said that Maulana Fazlur Rehman should wait for four years. “Instead of leaving the workers at the mercy of harsh weather conditions, they should be allowed to go back home,” he added.
Firdous Ashiq Awan also urged the JUI-F chief to shun negative politics and pursue the democratic posture. “Maulana Fazlur Rehman should not undermine the system by making unconstitutional and undemocratic demands,” she said.
The special assistant also said that the JUI-F chief is also perturbed that Prime Minister Imran Khan wants to provide jobs to the youth by putting the economy on the right track. She said Maulana is also aggrieved as to why a genuine public rule has established in the country for the first time instead of few families.
She asked Fazlur Rehman to raise voice for the oppressed Kashmiri people and repay the debt for ten year protocol had taken during the tenure as Kashmir Committee chairman.