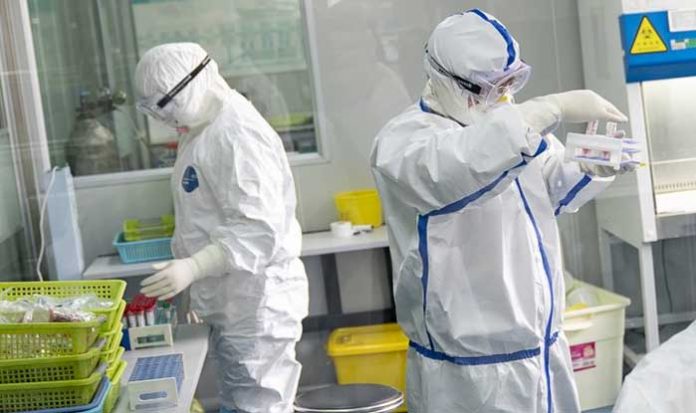 ISLAMABAD: Five doctors have lost their lives to coronavirus, two from Lahore and one from Gujranwala, Peshawar, and Faisalabad each.
The MS of Lahore General Hospital has also contracted the virus and gone into isolation.
According to details, the doctors from Lahore who lost their lives to coronavirus are Sana Fatima and Salman Tahir. Dr. Sana Fatima was an FCPS doctor while Salman Tahir was an MBBS 4th year student.
Sana Fatima, the 39-year-old senior doctor working in a private laboratory, had been undergoing treatment in the ICU of a private hospital since May 20 but could not recover from the deadly virus.
On the other hand, Salman Tahir, an MBBS fourth year student of a private medical college in Lahore, was admitted due to high fever, but due to high viral load of the virus, he died in the ICU of a private hospital within 24 hours.
Dr. Salman Tahir’s father Prof. Tahir Saleem is in charge of the pediatric ward in a private hospital while his mother Dr. Shabana is a gynecologist in a private hospital.
Another doctor lost his life from the virus In Faisalabad. Former city president of Pakistan Islamic Medical Association, Dr. Syed Nasir Ali succumbed to the virus after falling ill three days ago. Dr. Nasir was running a private medical clinic in Faisalabad.
Meanwhile, Dr Naeem Akhtar of Gujranwala has also died due to coronavirus. He was working as a psychologist at the Social Security Hospital in Lahore and was being treated at Services Hospital. PMA Gujranwala observed Black Day expressing grief over the death of the senior doctor.
Lastly, there are reports that a doctor suffering from coronavirus has also died in Peshawar. The deceased doctor belonged to a private hospital in Hangu, Khyber Pakhtunkhwa.