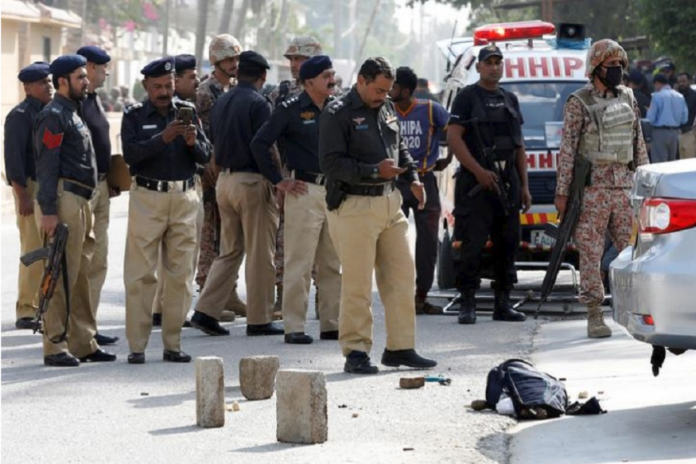 NASIRABAD: At least five police personnel sustained severe injuries in a blast near Goth Hameed Khosa in Nasirabad, Balochistan here on Monday.
According to initial reports, the explosion targeted police officers.
Receiving information about the mishap, security forces and rescue teams arrived at the scene and shifted the victims to Dera Allahyar Hospital.
Moreover, the area has been cordoned for search operation.