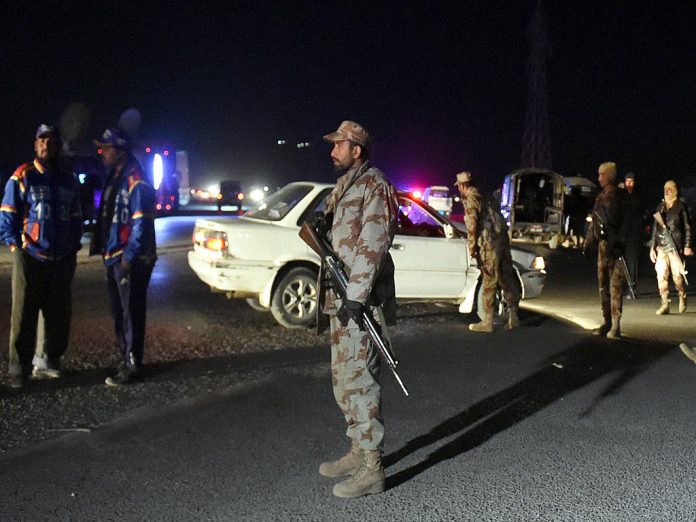 QUETTA: At least five policemen were martyred and seven others injured in three explosions in the Balochistan capital on Tuesday evening.
One of the explosions was reported in Mina Gundi area near the western bypass, targeting a Frontier Corps (FC) post, a statement issued by the Inter-Services Public Relations (ISPR).
The military’s media wing said that three suicide bombers attempted to attack the FC post. However, the attack was foiled by the personnel posted on the check post, killing two attackers.
There were no casualties reported in the attack.
Another suicide bomber targeted a police van on Airport Road, martyring at least five policemen and injuring seven others.
Bomb disposal squad reached the two sites and started their investigation.
The explosions are being investigated and the sites have been cordoned off by security forces.