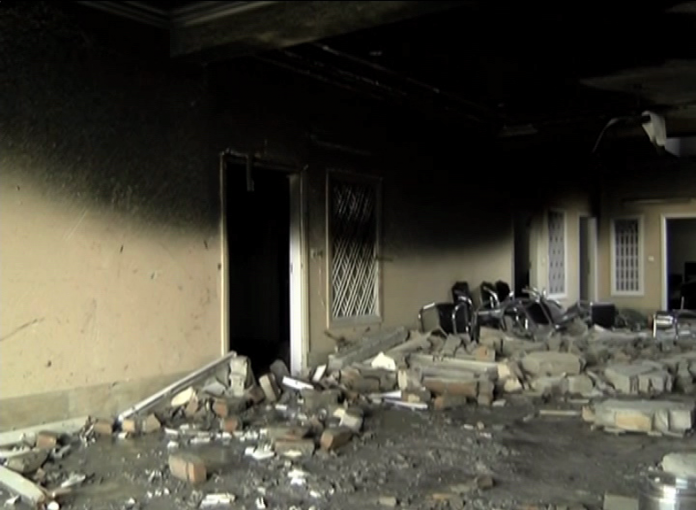 PESHAWAR: An explosion in a hotel on Grand Trunk Road (GT Road) in Peshawar early Friday has claimed the lives of at least five people and injured two others.
According to media reports, the explosion occurred in a room at the fourth floor of the hotel.
A woman and three children were among the dead with media reports saying the deceased were members of a single family.
Police along with bomb disposal squad reached the spot after the explosion and cordoned off the entire area.
Rescue teams also reached the site of the explosion and started operation.
Nature of the blast is yet to be determined.