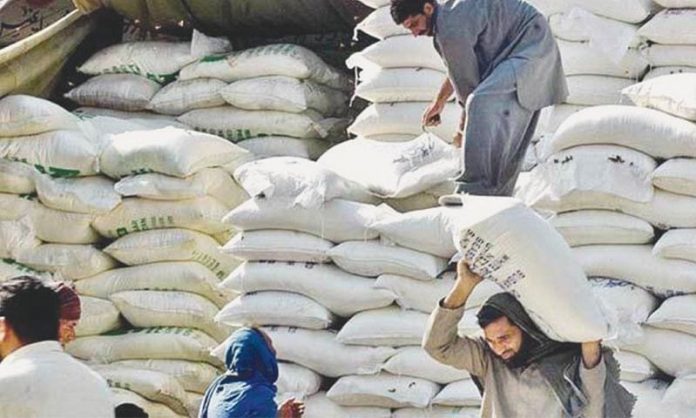 ISLAMABAD: Pakistan Flour Mills Association has by itself increased the price of flour, raising the cost of a 20 kg bag of flour by Rs 120.
According to details, amid the rising inflation, Pakistan Flour Mills Association has increased the price of flour and now, the price of a 20 kg bag of flour has been increased by Rs 120, after which it costs Rs 925 instead of Rs 805.
The ex-mill price of 20 kg bag of flour has been increased to Rs 900 with the justification given by Flour Mills Association being the rising price of wheat.
Chairman Punjab Flour Mills Association Abdul Rauf Mukhtar said that the per maund price of wheat in open market has gone over Rs 1600 meaning that It is not possible to sell flour at government rates at current wheat prices.
He further said that the situation deteriorated due to ban on transportation of new stock and confiscation of mills’ stock by the government, leaving the mills with not even enough stock for 72 hours.
Abdul Rauf Mukhtar further said that if the food department wants to maintain the official price, then wheat should be released as it is their responsibility to maintain the supply of flour.