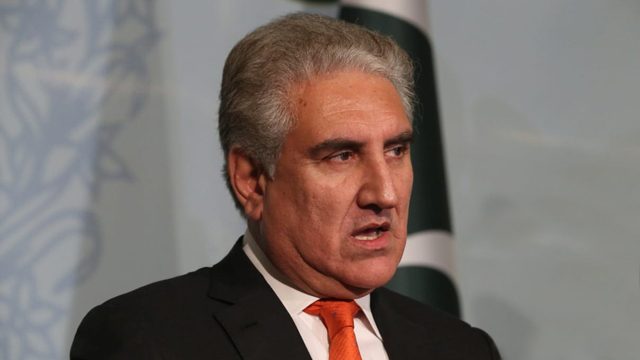 ISLAMABAD: Foreign Minister Shah Mahmood Qureshi has summoned an emergency meeting at the foreign office in Islamabad today to discuss the situation in the wake of Indian Air Force’s violation of line of control.
The meeting will discuss the security situation. It will be attended by former secretaries and senior ambassadors.
Earlier, Director General, Inter-Services Public Relations (ISPR) Major General Asif Ghafoor in a tweet said Pakistan Air Force immediately scrambled and Indian aircrafts gone back.
He further said facing timely and effective response from Pakistan Air Force, they released payload in haste while escaping which fell near Balakot.
However, no casualties or damage reported.