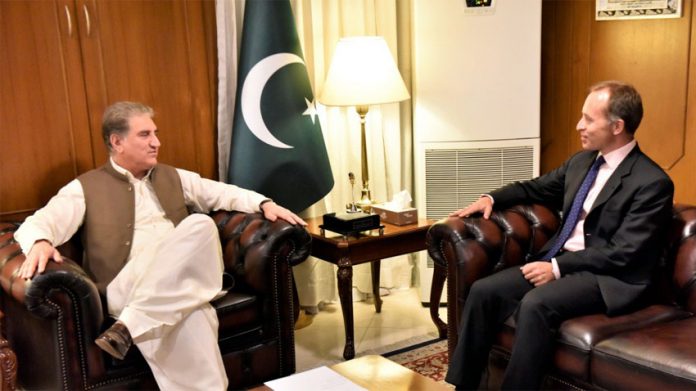 ISLAMABAD: Foreign Minister Shah Mahmood Qureshi has urged the international community including the United Kingdom to play role in lifting the curfew in Occupied Kashmir.
Talking to British High Commissioner Thomas Drew in Islamabad on Thursday, he said heinous human rights violations are being perpetrated by the Indian forces in the held valley.
He said the people of Pakistan have great respect and honor in their hearts for the British Royal Family. He said we are looking forward for arrival of Prince William and his wife Kate Middleton in Pakistan.
He said special arrangements have been made with regard to the arrival of British Royal Couple.
He said the visit of British Royal Couple will promote bilateral relations between the two countries.