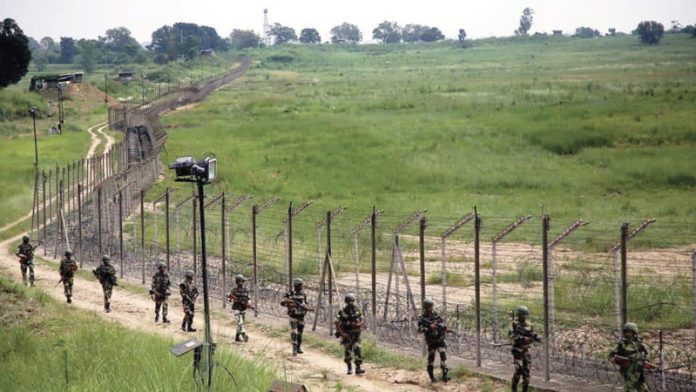 RAWALPINDI: A foreign media delegation met those affected by unprovoked shelling by the Indian Army alongside the Line of Control (LoC) on Thursday, according to the Inter-Services Public Relations (ISPR).
Members of the foreign media went to the Chirikot sector at the LoC to view the situation in the restive area. The visit was undertaken by the media delegation ahead of the one-year anniversary of India’s unilateral decision to revoke occupied Kashmir’s special status on August 5.
The delegation was given full access to inspect and visit the LoC and meet locals there. The media also inspected India’s violations along the LoC at the Poonch sector where it uses heavy weaponry and mortar to target the civilian population.
The Indian Army also makes use of cluster bombs at various sectors of the LoC.
India has upped the incidents of unprovoked aggression along the LoC this year. On Monday, a 20-year-old boy received critical injuries in cross-border firing from Indian troops.
The boy was evacuated to a nearby hospital to receive medical attention.
On Friday, two women were left injured after Indian Army resorted to unprovoked firing in Rakhchikri and Baroh sectors along the LoC.
The Indian Army has committed ceasefire violations at least 1,697 times in 2020 alone, the ISPR had said in an earlier statement.
Earlier last week, an elderly woman was wounded after Indian forces opened unprovoked fire across the LoC, the military’s media wing said.