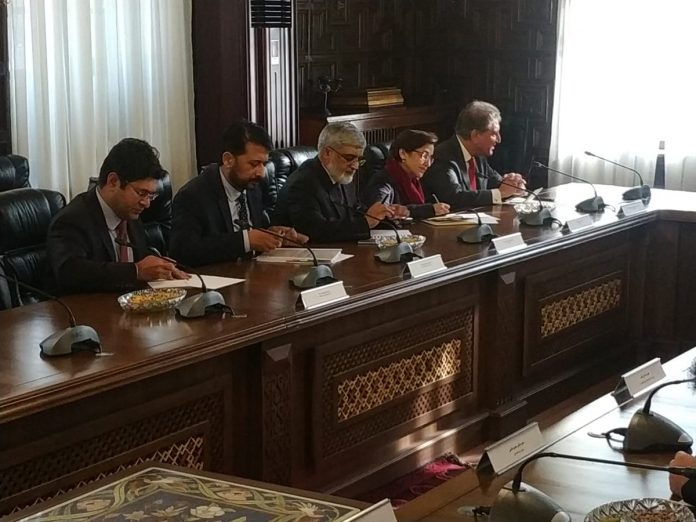 KABUL: Foreign Minister Shah Mehmood Qureshi called on Afghan President Ashraf Ghani on Monday.
FM Qureshi is in Kabul on the first leg of his four-nation visit as part of the government’s policy of outreach in the neighborhood.
Earlier today, the foreign minister held delegation level talks with his counterpart FM Salahuddin Rabbani. 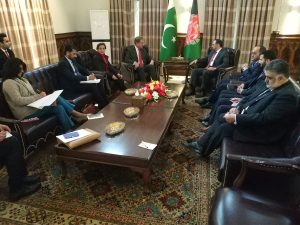 “Issues of mutual interest, progress on Afghan peace and reconciliation process and economic and trade issues between the two countries discussed,” Foreign Office spokesperson Dr Muhammad Faisal tweeted.
The foreign minister will also visit Iran, China and Russia from December 24 to 26.
According to a press release issued by the Foreign Office, Qureshi will discuss Pakistan’s bilateral relations with senior leadership of the four countries, to strengthen cooperation in various areas. Implementing the vision of Prime Minister Imran Khan, Pakistan is eager to strengthen ties with neighbours and regional partners.
The officials will also exchange views on the fast-changing regional and international environment. Recent developments concerning peace and reconciliation in Afghanistan will also be discussed during these meetings.
Pakistan has always maintained that the solution to the conflict in Afghanistan lies in an Afghan-led and Afghan-owned peace process. The International community’s recent consensus to adopt this as the guiding principle to resolve the 40-years old Afghan conflict, vindicates Pakistan’s long held view, the press release said.
The visit is part of promoting various initiatives and ideas for regional cooperation, especially in promoting economic and people-to-people linkages.