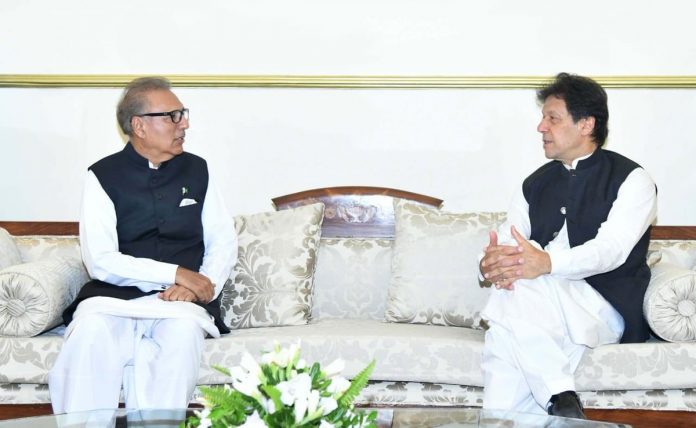 Pakistan Tehreek-e-Insaaf (PTI) chief  would inquire about the progress made regarding the probe into the ‘letter-gate’ scandal. Ousted prime minister has earlier also asked Supreme Court to hold a public hearing into the ‘Letter-gate conspiracy’ saying that his party would not accept an in-camera hearing of the judicial investigation.

Imran Khan said that public is angry at interference in the internal affairs of Pakistan.

The kind of  foreign threat that was given to our ambassador is shameful and against diplomatic norms, said former prime minister.

In a civilised, there is no place for such arrogant behaviour and diplomatic misdemeanour, he said.

Addressing a public rally at Islamabad’s Parade Ground last month, then PM Imran Khan claimed that his government had received a “written threat” from outside the country.

Later on PTI leader Asad Umar told media that the letter threatens that if the no-trust motion against Imran Khan fails there will be repercussions.

Imran Khan also told a meeting of party spokesperson that the letter was received on March 7, a day before the no-confidence motion was submitted

After Imran Khan’s ouster from his office, a key meeting of the National Security Committee concluded that there was no evidence of a ‘foreign conspiracy’ for regime change in Pakistan as claimed by Imran Khan.

The ambassador who had sent the communique attended the NSC meeting and briefed the committee on “the context and content” of his telegram, the statement said.

According to the NSC statement, Pakistan’s premier intelligence agencies also said that there was no evidence of a conspiracy.

Federal Interior Minister Rana Sanaullah, at a press briefing after the meeting, claimed that the communique did not contain the name of former Prime Minister Imran Khan.

He said Imran Khan assertation that a US official told the Pakistani ambassador that the Untied State would “forgive” Pakistan if Imran Khan is removed from power in a no-confidence vote was a “lie” like his “other lies.”