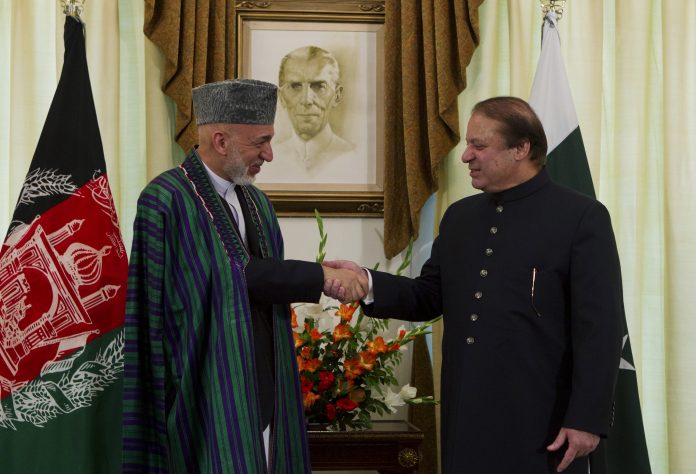 LONDON: Former Afghan President Hamid Karzai on Saturday met Pakistan Muslim League-Nawaz (PML-N) Nawaz Sharif in London.
According to a private news channel, the former Afghan President was warmly received by Hussain and Hassan Nawaz at their residence.
Nawaz Sharif held a special meeting with Hamid Karzai which took place at Avenfield residence where Leader of the Opposition Shehbaz Sharif was also present. The news channel reported that Hamid Karzai sought well-being of the former premier.
Hamid Karzaid expressed that the PML-N supremo is his great friend and he went to inquire about his health condition. He added that Nawaz Sharif has always hosted him in best manners during his visits to Pakistan.
On Jan 9, the Lahore High Court (LHC) fixed the hearing of a petition filed against the conditions placed on the removal of Nawaz Sharif’s name from the Exit Control List (ECL).
An LHC two-member bench will resume the hearing from January 20 on the petition related to the conditions set for the removal of Nawaz Sharif’s name from the no-fly-list.