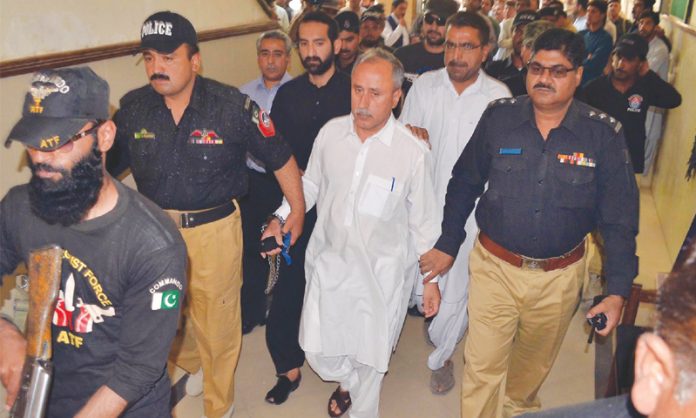 An accountability court in Quetta has sentenced former Balochistan finance secretary Mushtaq Ahmed Raisani to 10 years in prison in a corruption case. The reserved verdict was announced by Accountability Court-I Judge Munawar Ahmed Shahwani. The court said that his properties should be seized too.

Mir Khalid Lango, the former adviser to Balochistan chief minister, had been given a prison sentence of two years and two months in the same case. Contractor Sohail Majeed Shah was released following a plea bargain. Former local government secretaries Faisal Jamal and Abdul Basit have been acquitted in the case.

Raisani was arrested on May 6, 2016 and cash and jewelry worth Rs640 was seized from his house. A reference was filed against the suspects in 2016 for their involvement in Rs2.24 billion fraud.