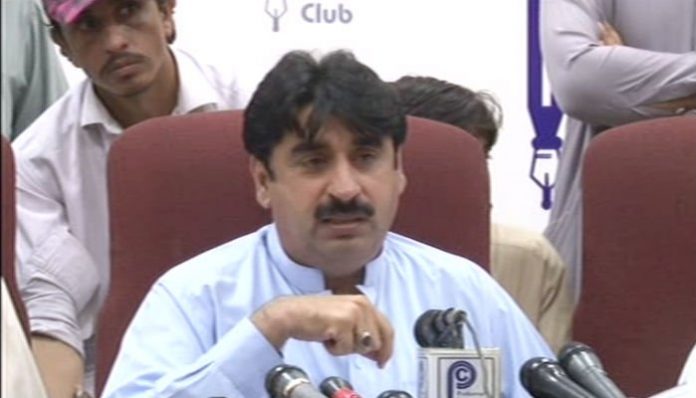 PESHAWAR: An anti-corruption court in Peshawar on Tuesday acquitted former Khyber Pakhtunkhwa MPA Ziaullah Afridi in two corruption cases.
Ziaullah Afridi served as an MPA from 2013 to 2018 and was the provincial minister for mines and mineral development from March 2104 to July 2015.
He was accused of involvement in illegal mining in Nowshera district and approving unlawful appointments and transfers in the KP’s mines department during his tenure.
Afridi, however, had denied the charges and said that the cases against him were political in nature.
The court acquitted him after five years after the prosecution failed to indict the PTI leader in the two cases.