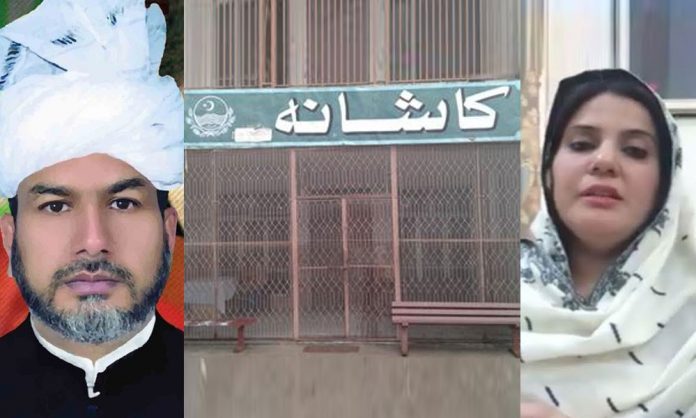 LAHORE: The Chief Minister’s Inspection Team (CMIT) probing the Kashana case scandal gave a clean chit to former provincial minister of social welfare Ajmal Cheema, on Saturday.
The inspection team, headed by Dr Raheel Ahmed, said no evidence to back former superintendent Kashana Lahore Afshan Latif’s claims could be found after the investigation was conducted.
In a report forwarded to the chief minister, the CMIT said Latif’s accusations are baseless as no evidence was found of underage girls of the shelter being sent anywhere or abused by anyone.
In a series of videos she posted on social media earlier this month, Latif alleged that the facility was being used by influential ministers of the Punjab Government to sexually abuse minor girls. Latif had filed a complaint to her department against the Director-General of Kashana, Afshan Kiran Imtiaz. The complaint stated that Imtiaz was pressuring Latif to marry underage girls to high-ranking officials. She accused Cheema of being complicit in the offence.
Dr Raheel further said that Latif had made several accusations which were probed by the CMIT. According to the inspection team’s chairman, the allegations did not prove to be true.
Latif had filed a petition at the Lahore High Court (LHC) in which she asked for the formation of a judicial commission to investigate the scandal.
Punjab Chief Minister Usman Buzdar had taken notice of the allegations and ordered an investigation to ascertain whether the charges against Cheema and senior ministers of the Punjab Government were true.