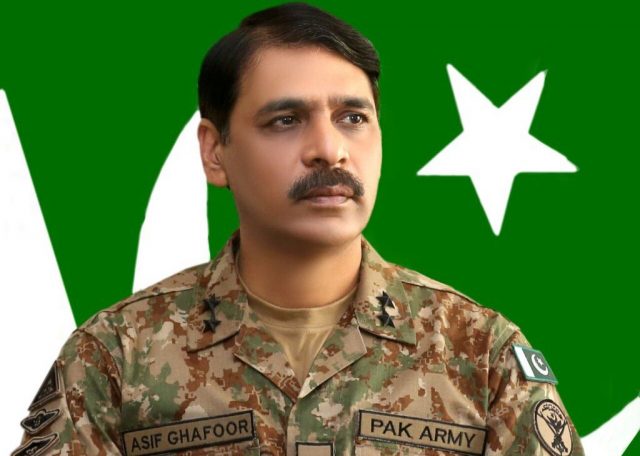 RAWALPINDI: Director General of Inter-Services Public Relations (ISPR) Major General Asif Ghafoor on Wednesday has said that forming a law or making amendments in the constitution was responsibility of the parliament.
In an interview with a private television, Asif Ghafoor rejected news reports on Army Chief General Bajwa’s statement about 18th amendment saying, “The incumbent government carried out census and delimitation was carried out by the Election Commission of Pakistan (ECP). Army has nothing to do with this”.
He said that every citizen of the country wanted timely elections and added that Bajwa’s doctrine – which is doing rounds in the media nowadays – was about maintaining security only.
Regarding the arrest warrant of Khadim Hussain Rizvi in Faizabad sit-in case, the DG ISPR said that orders of the court should be implemented and the government should obey the court.
Responding to a question, Asif Ghafoor said that army camps in Swat were established on the demands of the public.
He said that Army arrests only suspected people in Swat and after a thorough interrogation, they are released if found not guilty.
Responding yet another question, he said terror activities have considerably reduced in Balochistan and the situation has improved.
Asif Ghafoor added that security agencies were playing an effective role in restoration of peace in the province adding that there was no existence of Daesh in Pakistan.