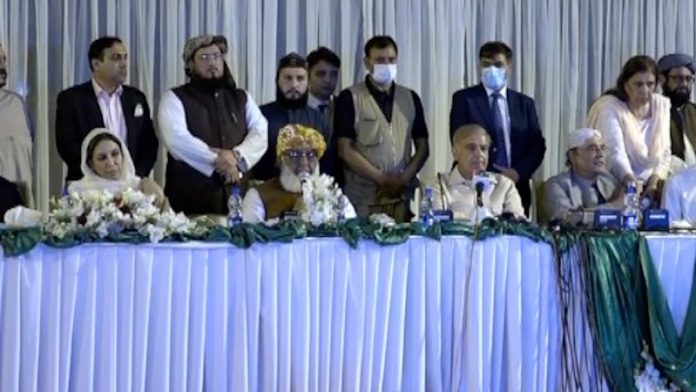 Four out of five Members of the National Assembly (MNAs) belonging to Balochistan Awami Party (BAP) have announced support for the opposition’s no-confidence motion against Prime Minister Khan.

The party has five seats in the National Assembly. BAP is one of the allies of Pakistan Tehreek-e-Insaaf (PTI) in the center. BAP MNAs announced this during a press conference in Islamabad. They were flanked by opposition leaders including former president Asif Ali Zardari, JUI-F chief Maulana Fazlur Rehman, PML-N president Shehbaz Sharif and PPP chairperson Bilawal Bhutto Zardari.

Four MNAs of BAP who have decided to part ways with the PTI are Khalid Hussain Magsi, Muhammad Israr Tareen, Ehsanullah Reki and Rubina Irfan.

Zubaida Jalal, who holds the portfolio of federal minister for defence production, is the only MNA from BAP who has not announced support for the opposition.

The development comes just minutes after Pakistan Muslim League-Quaid (PML-Q), another PTI ally in the federal government, announced that it will vote for Prime Minister Imran in the no-confidence motion.