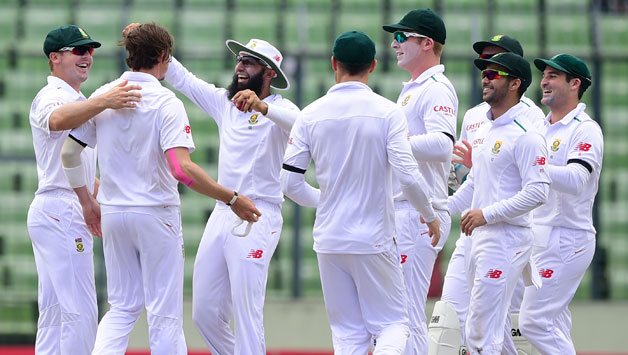 PORT ELIZABETH: For the first time in the history of cricket, South Africa and Zimbabwe will play the four-day night International Test here on Tuesday.
The International Cricket Council (ICC) gave permission to Cricket South Africa to stage a four-day Test under experimental playing conditions.
Play will be scheduled for six-and-a-half hours each day, half an hour more than in five-day games, with 98 overs due to be bowled in a day, instead of 90. As in five-day games, an extra half hour can be added in order to complete the overs.
The first two sessions of play will be two hours 15 minutes each, instead of two hours, with a 20-minute tea break instead of a lunch break after the first session.
There will be a 40-minute dinner break after the second session.
The follow-on can be enforced with a lead of 150 runs, compared to 200 runs in five-day games.
It is the first Test match since 1972/73 to be scheduled over four days.
Until then, Test matches were played over varying numbers of days, from three to six – and on a number of occasions were “timeless”, played over an unlimited number of days until a result was achieved. – Agencies