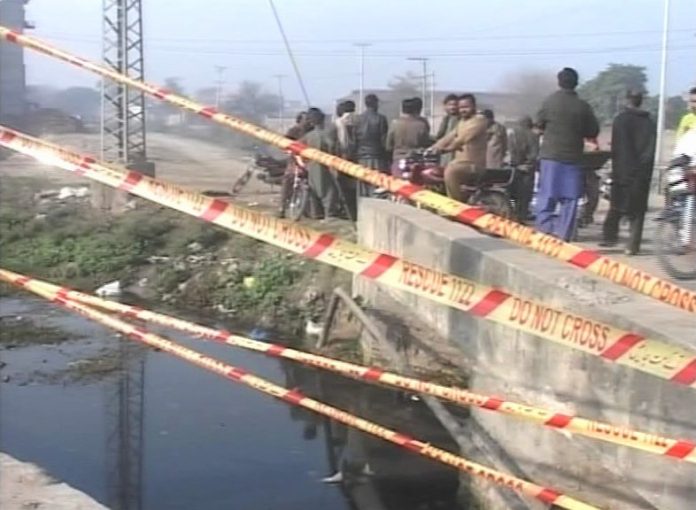 GUJRANWALA: Four of a family on Tuesday lost their lives when a car, they were travelling in, plunged into a sewerage nullah in Samanabad area of Gujranwala.
According to media reports, Rescue 1122 rushed to the site and recovered the bodies including husband, wife and their two children.
Meanwhile, residents of the area termed the local administration responsible for the incident saying that the accident took place due to negligence of the administration.
They said that no safety barriers had been placed around the nullah.
They said that the district management had been informed about the nullah many times but no action had been taken so far.